Fill out your details below to hear more about Blend Group's invite-only Members' Collective platform.

Blend Group will ensure that your safety and wellbeing are our top priority when curating your bespoke experience.

Sport, culture and
quick thinking at the
Japan Rugby Championship

When attention to detail and bespoke planning pay off

When attention to detail and bespoke planning pay off

A combination of beautiful culture, perfect planning and welcoming people made Japan a world-class contender to host the Rugby World Championship in 2019. Brand new, purpose-built stadiums were built across the country, and the schedule seemed almost deliberately planned to allow time to take in some of the island’s most incredible sights.

Our client was keen to see England prove themselves on the pitch against Argentina and France. The matches were seven days apart, leaving plenty of time to see what else Japan had to offer. Trys in Tokyo were accompanied by alpine ascents, fine food and awe-inspiring modern digital art.

The guests arrived in Tokyo via a smooth Business Class flight from London. Rooms were organised at the five-star InterContinental, overlooking the beautiful Tokyo Bay, and just a 25-minute private transfer from the new rugby arena. An evening arrival was perfect to allow a little down time before the big game, and as morning rose, the guests were eager to head off to join the other rugby enthusiasts in the state-of-the-art 50,000 seater stadium. England swept to a relatively comfortable victory, giving our guests a chance to celebrate in the city along with fellow fans.

The next seven days were a contrasting escape into Japanese culture. A private day tour to Mount Fuji was organised. The mountain dominates the alpine skyline 99 kilometres from the capital, and guests were treated to magnificent views over the Southern Alps and Fuji five lakes, local Japanese Houtou Noodle cuisine, a gondola ride overlooking Lake Kawaguchi, and visit to a local farming village, offering a rarely seen insight into another side of Japanese life.

Returning to the modern city slick that Tokyo is renowned for, the group immersed themselves in the 21st century with a trip to the Digital Art Museum of Japan. The unique space offers a different take on modern masterpieces, giving a very contemporary Japanese twist to some stunning work. 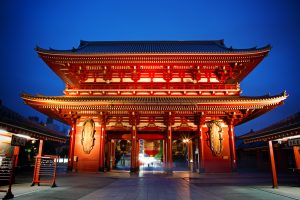 Of course, no trip to Tokyo is complete without indulging in the epicurean delights the city is famous for, from fine dining at Michelin-starred Ishikawa, to incredible sushi at Musashi, on the top floor of the 634-metre tall Tokyo Skytree. To get a sense of the preparation behind the dishes, Blend Group also organised an excursion to the world-famous Tsukiji Fish Market, where guests strolled amid the crowds admiring the day’s finest catch.

However, the Championship was scheduled towards the end of Japan’s typhoon season, and as the weather took a turn for the worse, it was decided to cancel the match between England and France. Blend Group immediately got to work, altering the itinerary to meet the client’s wishes and facilitate a speedy return to London.

If you would like to enquire about organising a bespoke itinerary of your own, please get in touch.

Blend Group
Contact Blend Group now
to craft your own experience
Share:
“from fine dining at Michelin-starred Ishikawa, to incredible sushi at Musashi”

Explore
More Articles
Get in touch
Get in touch
0203 488 2903
We use cookies to give you the best customer experience possible. If you continue to use our website, we will assume that you are happy to receive cookies from us and our partners.